Modern air conditioning systems are virtually unrecognizable from the inelegant and inefficient systems of age-old units. However, they still require regular service and maintenance. We do air conditioning service in Martensville, SK.

The last century has seen innovations in the fields of science and technology on an unprecedented scale. The advent of the Internet and mobile telephony has put a wealth of information literally at our fingertips. This, in turn, has enabled us to exert more control over our environment than ever before.

Bulky, traditional AC models have been replaced by slim, smart handsets with a plethora of advanced features. Personal computers that once took up entire rooms are now remarkably compact and capable of performing thousands of highly advanced operations and calculations every second.

Similarly, air cooling solutions have evolved over the years in terms of their technology and functionality. Air conditioners have changed with the times to meet the requirements of users as well as the environment.

In this article, we’ll take a brief look at the history and development of this indispensable technology.

We begin our journey into the history of modern air conditioning many thousands of years ago, during the height of the Roman Empire.

The ancient Roman was a remarkably innovative bunch, and one of their most remarkable inventions – which possibly laid the foundation for modern air conditioning – was the aqueduct.

Aqueducts were channels or structures used for transporting water from remote locations, and Romans used these systems to circulate water through their homes as a means of cooling. Of course, it was only the very rich that were able to take advantage of the aqueduct system, and the vast majority of Romans were forced to endure the heat.

Meanwhile, in China, inventors of the day set to work developing the world’s first rotary fan. This cumbersome and inefficient behemoth was some 10 ft in diameter and, according to historical records, was manually powered by prisoners.

John Gorrie was a physician from Florida who was instrumental in the development of mechanical air cooling.
Gorrie felt the plight of his patients who suffered the extreme heat of a Florida hospital, and showing remarkable ingenuity, used air pressure to create ice. This led him to envision even more ambitious and grandiose plans for his air cooling system, including central AC capable of cooling entire cities. Unfortunately, when his chief financial backer died, Gorrie’s dream died with him and he died pennilessly.

With the dawn of the Industrial Age, it became a necessity to provide cooling in the factories and plants that were popping up across America.

The person that played perhaps the biggest part in the development and promulgation of modern air conditioning was New York engineer and inventor Willis Carrier.

Carrier is credited with inventing a system of coils that had water running through them in what would become the basis for all subsequent air cooling innovations.

Air conditioning today is a far cry from the crude, inefficient systems of centuries past. Modern AC systems offer a rich bouquet of features designed to afford users maximum comfort and control. In addition, modern AC is geared towards providing greater efficiency meaning that they are kinder to the environment and to consumers’ pockets!

While air conditioning has come a long way since its early days and pioneers such as Gorrie and Carrier, it’s still important to keep your system well-maintained. Call us at (306) 384-4328 for air conditioning service in Martensville, SK. You’ll also find a whole bunch of other ways to get in touch on our Contact page.

Things To Keep In Mind During Replacement Or Repairing Your AC

Why HVAC Preventive Maintenance Is Essential? 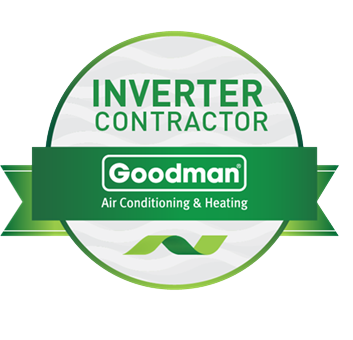 We want to thank our customers and Community for your support. It s an Honor and a privilege to serve your HVAC needs
Facebook-f
©2023 Efficiency Heating and Cooling. All rights reserved. / Sitemap / Privacy Policy / Accessibility Statement
Designed & Developed By :

In Canada, there is an expectation and a legal requirement that app users are to be informed of what information is being collected, used and disclosed about them, as a matter of transparency and openness, and for their consent to be meaningful. Given the popularity of apps, you can expect increased scrutiny of the privacy practices in your industry in the years ahead – both by regulators and the market itself, driven by increasingly informed, discerning and influential consumers.
Translate »